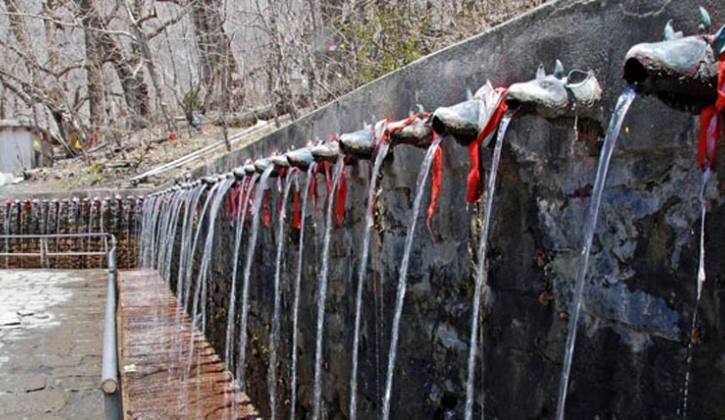 Pilgrimage Tour in Nepal
Book This Trip Customize My Trip

Nepal is paradise for having pilgrimage tour, as there are several ancient religious and cultural pilgrims popular across the globe, which no doubt are awaiting your arrival. Of many other tour packages, pilgrimage tour is one another frequently organized tour package among the team of Adventure Gaurishankar Pvt. Ltd. During this trip, you will be amazed of finding unity and a perfect and strong bond between and among the diverse religious and cultural groups in Nepal. Therefore why Nepal is known as the laboratory for studying ethnicity, culture, religions, the cultural, and religious monuments and heritages, ancient arts and architectures, stone sculptures carved in and around the temples, monasteries, having various tales to tell.

In order to accommodate these different religious groups, Nepal, once was only the Hindu kingdom, but was declared to be secular country in 2008. As mentioned above, each religious group has their own set of praying spot which are unique and better place to explore. Each of their pilgrimage site has a tale to tell because each of them are attached to a legend or belief that glorifies the miraculous powers of its deity. At times there are instances, different religious groups visit to same pilgrimage site for praying. A case in point, Kathmandu is not mere the capital city of Nepal also known to be the capital city of the Temples, monasteries, and religious spots, as because every step you take you find one temple and every single day there is a festival.

There are several and famous pilgrimage sites in Nepal located in different parts of the country. For example, Kathmandu Valley is home to the famous Pashupatinath Temple, Swayambhunath Stupa, Boudhanath, Changunarayan and several other famous temples, Pashupatinath, Swoyambhunath, and Boudhanath, Changunarayan, these are even listed under the UNESCO Heritage Sites. Besides, these, there are hundreds of famous temples located in and around the Kathmandu Valley. Some well-known pilgrimage sites are, Baraha Chhetra, Halesi Mahadev, in East Nepal; Manokamana, Gorkha, Lumbini, Muktinath, Gosainkunda, Tansen located in the central Nepal; and Swargadwari, Khaptad Ashram located in the west Nepal. Nepal is also the Gateway to Kailash Mansarovar, the mythical abode of Lord Shiva. These features are clear enough that why, pilgrimage tour in Nepal is popular.

Day 04:Free day in morning and Fly to Lumbini in afternoon

Day 05:Visit to Maya Devi Temple and Other Monastery

Day 06:Drive back to Pokhara

Day 04Free day in morning and Fly to Lumbini in afternoon

Day 05Visit to Maya Devi Temple and Other Monastery

Day 06Drive back to Pokhara